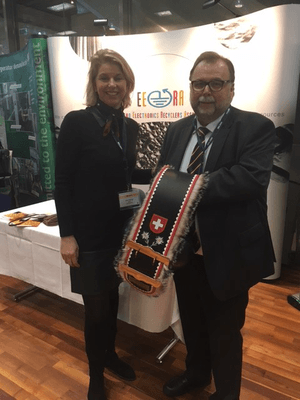 January 16, Manfred Fahrner, Alba Group and the first president of the European Electronics Recyclers Association – EERA, has received the IERC  honorary award for all his achievements for the WEEE industry. He was EERA president for 10 years and he was the driver behind the success of the organisation. Due to his efforts in discussions with European Parliament members and the European Commission the WEEE II Directive now includes realistic and measurable targets. For instance a realistic definition of materials that need to be removed because they are hazardous, and a collection target for WEEE of 65 % of what has been put on the market.